How can working with music stimulate your creative output and productivity?
This is how The Beatles, 10cc, Genesis, Bob Dylan, David Bowie and other bands stimulate ours:

The Beatles
The songs of the Fab Four are an inexhaustible well of inspiration. Their early songs (I Want To Hold Your Hand, Yesterday) are direct, catchy and have a sheer simplicity. Their later songs (I Am The Walrus, A Day In The Life) are progressive, boldly experimental and incredibly versatile. In our designs and texts we aspire for clarity, fluidity and making it feel effortless. 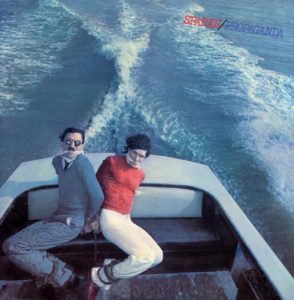 When you’re a French director, you’re an auteur as well/
What does that mean?/
Every scene must be obscure as hell.

Life is a minestrone/
Served up with parmesan cheese/
Death is a cold Lasagne/
Suspended in deep freeze.

These lyrics by Sparks and 10cc put a big smile on our face. The use of clever humour, puns and creative metaphors in their lyrics inspire us to be witty, tongue-in-cheek, quirky and whimsical in our creative output. 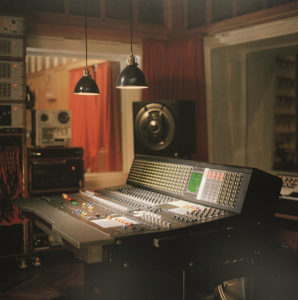 Talk Talk, Roger Waters, Nils Frahm and record producer Trevor Horn
The production of these musicians’ albums is unprecedented. All the phases in the production process of an album such as recording, engineering, mixing, arranging and mastering are meticulous. Nils Frahm went to great lengths in recording his album ‘All Melody’ at one of the most illustrious sounding recording studios, Funkhaus in former East-Berlin. “After we did new cabling, electricity, woodwork, and new acoustic treatment in the control rooms, we started building a custom mixing console”, Frahm writes on the dust jacket of the album. The mixing console is called Konsil 1 and it took Matthias Hahn and his team two years to build it.
The search for perfection of these production geeks inspire us to deeply care about the production of our magazines and books such as the execution of our designs, prepress, paper quality, printing, protective coating and binding. 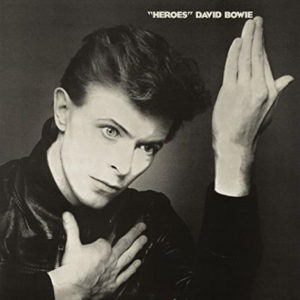 David Bowie
This musical chameleon and cultural tastemaker challenges us to be innovative, forward looking, take risks and defy conventions. For his music and performances Bowie looked at other realms than music and appropriated ideas from mime (he dressed as a pierrot for the video ‘Ashes to Ashes’), fashion (The Mods, hippies, bohemians, to name a few), art (the pose for the album cover ‘Heroes’ was replicated from self portraits by Egon Schiele’s), literature (the cut-up writing technique by William S. Burroughs) or improvisational lyrics by Iggy Pop. It is inspiring how Bowie’s re-interpretations or ch-ch-ch-ch-changes he made to other’s people’s ideas created a fresh sound and vision for the future. 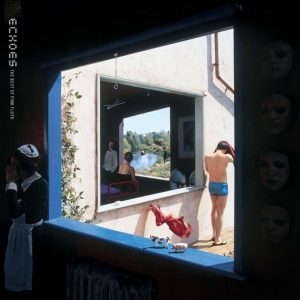 Genesis, Rush, Pink Floyd, King Crimson
We attentively listen how these progressive rock bands with long instrumental solos (flute, guitar, synthesizer) build up their songs. It’s fascinating to listen to songs such as ‘Echoes’ by Pink Floyd or ‘Firth of Fifth’ by Genesis, in how the musicians draw you in, keep your attention, change time signatures, make surprising twists, build up the tension and reach a climax, and then give the listener room to breathe. Their songs are an inspiration for us in how to structure a magazine or an artist monograph. We seek to create a flow, movement and rhythm in the publications we work on in order to engross and surprise the reader each time they turn the page. 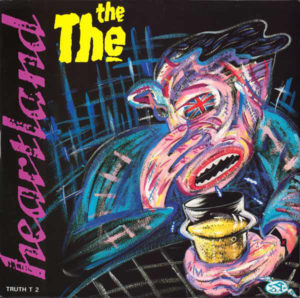 Bob Dylan, Matt Johnson (The The), Bruce Springsteen, Paul Simon
Whilst listening to the records of these gifted storytellers we have studied for hours the printed lyrics on the dust jackets. We admire how Springsteen in his lyrics can make listeners feel like he is talking about their lives (The River, Fourth of July, Ashbury Park (Sandy) or how Johnson voices the inner turmoil of UK citizens.

This is the land, where nothing changes/
the land of red buses & blue blooded babies/
This is the place, where pensioners are raped/
and the hearts are being cut, from the welfare state.

These singer-songwriter present insightful observations on the human condition, tell stories that grab you by the heart or address political and social inequality in startling original, empathetic and authentic songs. These lyricists are an inspiration for us to write personal, compelling and imaginative texts.

We love to hear how musicians stimulate your creative output and productivity.